My Career Promotional Video is obviously about myself. Like where I grew up, what college I am attending, the major and minor I am going for. How I am involved with my major, like what clubs or jobs I have that are associated with it. My final piece in the video is stating my aspirations for the future after college. When I was filming this video, I along with two classmates, Bella Kraft and Kate Schneider, used an Ipad kit to film the video clips. For the audio, we used a Tascam DR 100 III. I learned a lot of valuable lessons from making this video. I learned when you are filming you need to pay attention to the lightening of the areas where I am filming or recording because some lighten makes the vide look darker than what you thought it would be. For the audio aspect of lightning, some light bulbs used in buildings create a humming sound that you can not get rid of in editing the audio. I have a lot of things that I would change such as have more video of me anchoring or just of me in general, instead of having a lot of pictures in the video. I would have also changed how I had done the audio. 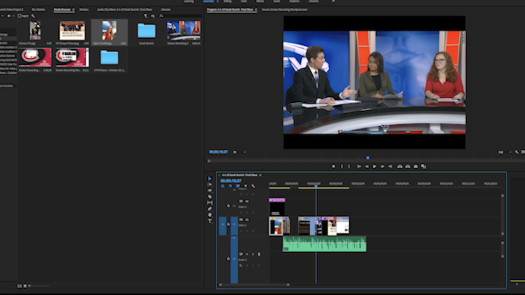